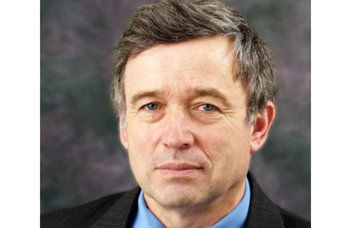 Although more than half of planet Earth’s mass is accounted for by the mass of neutrons bound in atomic nuclei, the study of beams of free neutrons or their use as a powerful tool in a variety of research fields is a by-product of the Manhattan project in the 1940s. Since then the public research funding spent on such research in current value amounts to roughly about 20,000 billion Hungarian Forints, which is one-and-a-half-century-worth of the total R&D spending on the current level in all the Hungarian institutional research and higher educational establishments, combined.

The talk will be aimed at illustrating - by a few highlights - the significance, importance and impact of this vast and highly multifaceted domain of research, in some cases in connection with some aspects related to Hungary. These highlights will, amongst other, touch upon the correction and completion of magnetostatic theory on the microscopic scale, the spin “labeling” method and its applications in beam experiments, soft matter dynamics on nanoscale, safety issues in transport, and functional errors in critical computer systems. Examples will include results in fundamental and applied research and new trends of applications in archeology, industry and healthcare.